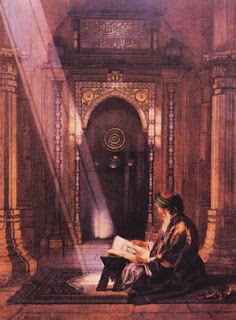 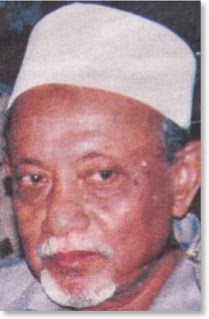 Ustaz Syed Ahmad bin Muhammad Semait was born in Singapore, on Monday, 21 August 1933, corresponding to 29 Rabiul Akhir 1352. His father was an Arab who worked as a clerk in a real estate company and was active in social works among the local Arab community. His mother hailed from Kemaman, Terengganu, Malaysia.

Ustaz Syed Ahmad has one maternal brother and two maternal sisters, and three brothers and two sisters from the same father and mother.

When he was 12 years old, his father passed away. With no one to support the family, life was hard. His father’s relatives suggested that Ustaz Syed Ahmad and his younger brother, Mufti Syed Isa, to be sent to an orphanage called Malja’ al-Aitam (later renamed to Darul Ihsan). This is to enable both of them to continue their studies. However, Ustaz Syed Ahmad could not stay long in that orphanage. He had to work to ease the financial burden of his mother.

Ustaz Syed Ahmad received his formal education at Madrasah Aljunied Al-Islamiah. He stopped when he finished Level Six and did not continue in the Special Class which was opened to selected students, even though he was among the best students in his cohort. He worked fulltime in a textile shop owned by the famous scholar Sheikh Umar bin Abdullah Al-Khatib.

His education did not stop there. He continued attending the weekly religious class with the Madrasah principal at that time, Syeikh Abdullah Balfaqeh, learning the traditional way. He also attended the famous Sunday morning class, reading books on Tasauf, Hadith and Tafsir with the local ulama. And on every Thursday night, he attended another class held by a group of ulama, reading books on Fiqh and other subjects. Both of these classes continue till today. In his later life, both classes were to be lead by Ustaz Syed Ahmad. Now, the trust to lead them fell on his brother, Mufti Syed Isa Semait.

His work in the textile shop owned by the famous scholar Sheikh Umar bin Abdullah Al-Khatib served to be more than just earning money for his mother and siblings. It was to be one of the momentous moment in his life. Two things happened when he worked there:


b) He began to develop the interest and acumen in business. He began to see business opportunities in selling Arabic reference books to madrasah students and teachers.

In 1950, he left his teacher’s shop and together with his brother, Syed Umar bin Muhammad Semait, he opened up a shop dealing with Arabic books. He called it Al-Maktabah At-Tijariyah Asy-Syarqiyah. During this time, his other brother, Mufti Syed Isa bin Muhammad Semait, was studying in Al-Azhar University in Cairo, Egypt. He used this opportunity to appoint his brother as books purchaser in Cairo and to send them back to Singapore.

The business went well. He decided to expand it to include books meant for the Malay community. Thus, he folded up his company and setup a new one and gave it a Malay name: Pustaka Nasional. He wanted this company to be his medium of dakwah.

Ustaz Syed Ahmad proved to be a prolific writer and translator. He wrote many books on Islam, and translated numerous Arabic books to Malay. When they were already Islamic books in Arabic translated to Malay, he would republished them with better type face, layout and in more readable Malay. Sometimes he would made the necessary corrections and additions after counter checking with the original Arabic text.

The following are some of the books he wrote:

Some of the books he translated:

Ustaz Syed Ahmad Semait might not leave a mark giving wonderful speeches and lectures, but his dakwah through writing has left a profound impact in the literary world. Perhaps his most famous and well received work is the book ‘Nasa-ih Ad-Diniyah wal Wasaya Al-Imaniyah’ by Imam Abdullah bin Alawi Al-Haddad, which he translated to Malay and gave the title ‘ Nasihat Agama dan Wasiat Imam’. He went to great length to ensure the accuracy and integrity of his translation, reading the book cover to cover several times with Sheikh Umar Al-Khatib and trying to understand the true meaning of every word and sentence. The book has two editions: Malay Rumi, and Malay Jawi. The Rumi edition was printed 8 times, the last one in 2001. The Jawi edition was printed 7 times, the last one in 2004.

He did not teach many classes. But his famous was the Ihya’ Ulumiddin class held every Friday after Isyak prayers at Masjid Abdul Razak. There he would explain what Imam Al-
Ghazali wrote in that book, and shared what he had gathered from his teacher Sheikh Umar Al-Khatib in his Sunday morning’s Ihya’ Ulumiddin class.

Ustaz Syed Ahmad’s last class was on Friday, 14 July 2006. As usual, after Isyak he taught Ihya’ Ulumiddin at Masjid Abdul Razak. After that class, he took his wife and some of his relatives, to Kuala Lumpur by car where he had his normal weekly religious class at a mosque there. It was unsual since he normally would take the bus.

About 1.10 am, Saturday morning, 15 July 06, near the 190.1 km mark along the Yong Peng-Pagoh stretch of the highway, a boar crossed the road. The car hit it, flung up and overturned. Ustaz Syed Ahmad and Madam Fatimah, the driver’s sister, were thrown out of the car. Both were seated beside the doors.

Ustaz Syed Ahmad passed away at the site of the accident. He was buried at Batu Pahat, fulfilling his wish to be buried at wherever he died. He left behind 3 children.

May Allah bless his soul. 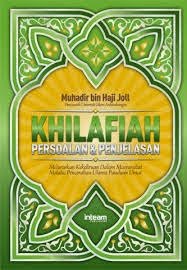 Promote Your Page Too